Conventional tobacco cigarettes contain thousands of toxic compounds, which are released – into your lungs and the surrounding air – with each puff. By now, most people are aware that standing nearby someone smoking a cigarette is not too much better than smoking one yourself, hence the rash of smoking bans that have taken place across the US in recent years.

Electronic cigarettes (e-cigarettes), on the other hand, are touted as a safer, cleaner alternative to smoking. Yet, most states prohibit their use in most venues that prohibit traditional smoking. Is this warranted? Are e-cigarettes as bad as tobacco cigarettes, including to bystanders?

While certain levels of toxins are reduced in e-cigarettes, research shows that others still exist, in levels found to be “quite high” and potentially dangerous to your health.

In a new study by researchers from USC Biterbi, e-cigarettes were found to have 10-fold fewer carcinogenic particles in their vapor relative to smoke from conventional cigarettes.

However, the e-cigarettes emitted higher levels of certain metals, including nickel, zinc, and silver.1 “Some of these metals are extremely toxic even in very low amounts,” the study’s lead researcher noted,2 adding in a statement:3

“The metal particles likely come from the cartridge of the e-cigarette devices themselves – which opens up the possibility that better manufacturing standards for the devices could reduce the quantity of metals in the smoke.

Studies of this kind are necessary for implementing effective regulatory measures. E-cigarettes are so new, there just isn’t much research available on them yet.”

There have been other studies to detect toxic metals, including nanoparticles, in e-cigarette vapor, however. One study found metals including tin, copper, nickel, and silver, silicate beads, and nanoparticles.4 And as in the featured study, in some cases, such as in the case of tin particles, the amounts were greater than you might be exposed to from smoking a conventional cigarette. The researchers concluded:

Other metals likely came from the wires (copper, nickel, silver) and other metal components used in the cartomizers, while silicate particles appeared to come from the fiberglass wicks.

While the outer fibers filtered out many of the tin particles, significant amounts of tin, other metals, and silicate beads escaped into the aerosol and would result in human exposure, in some cases probably greater than a conventional cigarette user would experience.”

One in five current smokers have tried electronic cigarettes,5 likely unaware that they, like regular cigarettes, may contain cancer-causing toxins. In case you’re wondering how, exactly, they work, when you take a puff of an e-cigarette a battery heats up a liquid.

That liquid contains a flavoring (such as tobacco, menthol, cherry, vanilla, or java), a humectant (typically propylene glycol or vegetable glycerin) and, sometimes, nicotine.

As you inhale, you get a “dose” of flavored nicotine without the chemicals typically produced from burning tobacco. That being said, you’re still getting a dose of chemicals.

To date, the US Food and Drug Administration (FDA) has detected a potentially deadly antifreeze chemical called diethylene glycol in an electronic cigarette cartridge,6 along with tobacco-specific nitrosamines, which are linked to cancer.

According to Americans for Nonsmokers’ Rights (ANR), secondhand e-cigarette aerosol contains at least 10 chemicals identified on California’s Proposition 65 list of carcinogens and reproductive toxins, listed in the table below.

Not to mention, many of the chemicals in e-cigarettes are known to cause respiratory distress and disease, and many people who have inhaled e-cig vapors have reported trouble breathing, cough, sore throat, chest pain, and allergic reactions such as itchiness and swelling of the lips.

Chest pain and cardiovascular problems have also been reported.8 The World Health Organization (WHO) recently called for increased restrictions on e-cigarettes, given the emerging risks. The report noted:9

“…existing evidence shows that e-cigarette aerosol is not merely ‘water vapor’ as is often claimed in the marketing of these products. While they are likely to be less toxic than conventional cigarettes, e-cigarette use poses threats to adolescents and fetuses of pregnant mothers using these devices…

Also at issue are advertisements and promotions designed to target youth and non-smokers. There are nearly 8,000 flavors of e-cigarettes, many of which are based on fruit, candy, or alcoholic-drink flavors. According to WHO:10

“…there is concern they [e-cigarettes] will serve as a gateway to nicotine addiction and, ultimately, smoking, particularly for young people. Experimentation with e-cigarettes is increasing rapidly among adolescents, with e-cigarette use in this group doubling from 2008 to 2012.”

According to the American Heart Association (AHA), e-cigarette advertising that reaches youth populations rose 250 percent from 2011 to 2013, to reach a total of 24 million young people.11 AHA has called on the US FDA to ban the marketing and sale of these devices to young people, and the FDA is in the process of finalizing a proposal toward that end. New research found, in fact, that nicotine may serve as a gateway drug by priming your brain to respond to other drugs, like cocaine, and the effect is the same whether it comes from conventional cigarettes or e-cigarettes. Writing in the New England Journal of Medicine, researchers explained:12

“Although e-cigarettes eliminate some of the morbidity associated with combustible tobacco, they and related products are pure nicotine-delivery devices. They have the same effects on the brain… and they pose the same risk of addiction to other drugs and experiences. Although the typical e-cigarette user has been described as a long-term smoker who is unable to stop smoking, the use of e-cigarettes is increasing exponentially among adolescents and young adults. Our society needs to be concerned about the effect of e-cigarettes on the brain, especially in young people, and the potential for creating a new generation of persons addicted to nicotine.

The effects we found in adult mice are likely to be even stronger in adolescent animals. Priming with nicotine has been shown to lead to enhanced cocaine-induced locomotor activity and increased initial self-administration of cocaine among adolescent, but not adult, rats. Whether e-cigarettes will prove to be a gateway to the use of combustible cigarettes and illicit drugs is uncertain, but it is clearly a possibility. Nicotine acts as a gateway drug on the brain, and this effect is likely to occur whether the exposure is from smoking tobacco, passive tobacco smoke, or e-cigarettes.”

E-Cigarette Cartridge Liquid Can Be Deadly

The cartridge liquid for e-cigarettes contains highly concentrated liquid nicotine, most at levels between 1.8 percent and 2.4 percent. These concentrations can cause sickness, but rarely death, in children, but higher concentrations, like 10 percent or 7.2 percent, are widely available on the Internet. At those levels, a lethal dose for an adult would be less than one tablespoon.13 Remember, these liquids come in candy flavors that appeal to children, so they must be kept in a secure location to avoid a potentially deadly mistake. Already, however, increased poisonings from e-cigarettes are being reported. According to the New York Times:14

“Reports of accidental poisonings, notably among children, are soaring. Since 2011, there appears to have been one death in the United States, a suicide by an adult who injected nicotine. But less serious cases have led to a surge in calls to poison control centers. Nationwide, the number of cases linked to e-liquids jumped to 1,351 in 2013, a 300 percent increase from 2012, and the number is on pace to double this year, according to information from the National Poison Data System. Of the cases in 2013, 365 were referred to hospitals, triple the previous year’s number.”

If you suspect your child may have consumed e-cigarette liquid, seek medical help immediately (even if it’s only a very small amount). Signs of poisoning include:

What’s the Secret to Quitting Smoking?

Some readers have asked what my take is on e-cigarettes as a tool to quit smoking. Electronic cigarettes have proven to be helpful for some individuals who have chosen to quit smoking. I encourage you to do your research on the product you choose to use and continue in your effort to fully quit. My mother smoked for all of her adult life. When she decided to give up smoking, she used a rechargeable, electronic cigarette in the process and found it helpful.

However, I believe the “secret” to quitting smoking is to get healthy first, which will make quitting much easier. Exercising is part and parcel of this plan, as research shows people who engage in regular strength training double their success rate at quitting smoking compared to those who don’t exercise.16 Healthy eating is another crucial aspect that can’t be ignored. In short, if you want to quit, here are the three basic tips to get you started:

Once you are regularly doing these three things, then you can begin to think about quitting smoking. The best method to do so appears to be cold turkey. Two-thirds to three-quarters of ex-smokers stopped unaided,17 which should give you some encouragement and motivation that you can join them. If you need more encouragement… if you quit smoking before the age of 40, more than 90 percent of the excess mortality caused by continuing smoking may be avoided. And even if you’re over 65, quitting smoking may reduce your risk of dying from heart-related problems to that of a non-smoker within just eight years.

The Secret of Hollywood Stars’ Luscious Hair – Save Your Thinning Hair Without Drugs Now!

From Around the Web 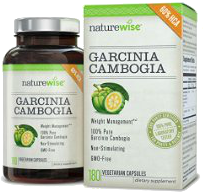