Greater than 100 years ago, a Japanese chemist named Kikunae Ikeda discovered the secret that made dashi (a traditional seaweed soup) very delicious. It was glutamic acid that, in your body, is often found as glutamate.

This new flavor is named “umami,” which means “delicious” in Japanese, and only in 2002,  modern-day scientists finally confirmed umami to be a fifth taste, along with sweet, sour, bitter, and salty.

Most foods contain glutamate, even though some more than others. Foods that are naturally high in glutamate include protein-rich meat, eggs, poultry, milk, cheese, fish, sea vegetables, ripe tomatoes, and mushrooms.

Umami is valued for making foods taste better and when an umami-rich food like seaweed is added to soup stock, it makes the broth heartier, more “meaty” and more satisfying.

Chemically, Umami is similar to the synthetic food additive monosodium glutamate (MSG). MSG is added to foods to give them more of that sought-after umami flavor and both umami and MSG target the same receptors in your body.

However, they are not identical, nor equally safe, as will be explained shortly. Umami, in its natural form glutamate or glutamic acid, may boost post-meal satiety, which helps you eat less, and hence lose weight over time.

5 Healthy Umami-Rich Foods That May Help You Eat Less

A recent research found that adding MSG to soup stimulated appetite initially, but then increased post-meal satiety which ultimately led those who participated in the research to eat less throughout the day. This is clearly not something recommended since MSG has been linked to weight gain.

However, there are naturally umami-rich foods that you can add to your diet to increase your satiety while boosting your nutrition as well.

9 studies on mushrooms discovered a wide variety of health benefits, including improved weight management & nutrition, higher vitamin D levels, and better immune system function. One of the active medicinal compounds found in Cordyceps mushrooms has even been classified as a potential cancer drug.

Some recent researches also indicated it has potent anti-inflammatory characteristics that may be helpful for those suffering from asthma, rheumatoid arthritis, renal failure, and stroke damage.

Shiitake mushrooms are especially rich in umami flavour and is often used to substitute meat in sandwiches, so try adding them to soups, stews, salads, sandwiches for a tasty nutritious meal.

Truffles is a fungus containing 3 types of umami compounds, so just a thin slice can add robust flavor to your food. Truffles are considered a delicacy and are quite expensive because they’re difficult to cultivate. Try adding it to eggs, wild-caught salmon, or veggies for a better flavor. Another easy way is to use truffle oil to add more flavor to your meals, and truffle oil is easily available commercially :
TruffleHunter Black Truffle Slices (1.74 Oz)

Green tea is not only used widely as a beverage, but also to add umami flavor to soups, marinades, rice, or vegetables. You can even add the tea leaves to smoothies or spice rubs. Besides intensifying the flavor of your meals, green tea may also be beneficial for heart health, bone health, brain health, type 2 diabetes, weight loss, vision health, and more.

Seaweed adds a strong umami flavour to almost any dish. You can it to a salad, to eggs, stir frys, and soup. Seaweed is an great source of iodine, vitamins, and minerals, provided it comes from clean, non-polluted waters. Research also suggests that brown seaweed may help boost fat-burning in your body.

Glutamic acid rises in tomatoes as they ripen, so choose ripened tomatoes for the best umami flavor. You can add tomatoes to salads, soups, stews, and casseroles. Besides it’s great umami flavor, cooked tomatoes are a rich source of lycopene, which has been shown to have potential anti-cancer activity, likely due to its antioxidant properties.

You may have heard a few nutrition experts claim that umami and MSG are the same, but this is far from reality. In 1909, the Japanese chemist Ikeda who discovered the umami flavour, started to industrially produce glutamate from fermented vegetable proteins, and marketed it as Ajinomoto (“essence of taste”).

It became very popular in Japan, and soon it became a household staple, not only in Japan but throughout Asia. Decades later, Ajinomoto came to the US, using the name “Accent,” i.e. monosodium glutamate, and was initially popular for adding flavor to military rations. Today, it is clear that MSG is not a safe food additive.

Per Dr. Russell Blaylock, a retired board-certified neurosurgeon and author of “Excitotoxins:The Taste that Kills”, explains that MSG is an excitotoxin, which means it overexcites your cells to the point of damage or death, causing brain damage to varying degrees — and potentially even triggering or worsening learning disabilities, Alzheimer’s disease, Parkinson’s disease, Lou Gehrig’s disease, and more.

Part of the issue is that free glutamic acid (MSG is approximately 78 percent free glutamic acid) is the same neurotransmitter that your brain, nervous system, eyes, pancreas, and other organs use to initiate certain processes in your body. Although the US Food and Drug Administration (FDA) continues to claim that consuming MSG in food does not cause these ill effects, many other experts say otherwise.

As explained by Dr. Blaylock, a number of glutamate receptors have been found both within your heart’s electrical conduction system and the heart muscle itself. This can damage your heart, and may even explain the sudden deaths sometimes seen among young athletes.

Eye damage, fatigue, disorientation, and depression have all been linked to MSG consumption, and that’s not even including the short-term reactions known as MSG Symptom Complex that can occur in certain groups of people, namely those who have eaten “large doses” of MSG or who have asthma. Symptoms related to MSG Symptom Complex may include:

Though MSG and umami are chemically similar, there is an significant distinction that differentiates the way it reacts in your body. Umami flavor, or natural glutamic acid (glutamate), found in natural foods is “bound” to other amino acids or proteins. The glutamic acid that is MSG is not.

As reported by Smithsonian magazine:

“Glutamates that occur naturally in food come intertwined with different chemicals or fiber, which the body is naturally inclined to regulate, explains Amy Cheng Vollmer, professor of biology at Swarthmore College. MSG, however, comes without the natural components of food that help the body regulate glutamic levels. It’s like taking an iron supplement versus obtaining iron from spinach or red meat: the iron supplement creates an expressway between the iron and your bloodstream that you wouldn’t find in natural iron sources. ‘The bottom line here is context is everything,’ Vollmer adds.”

As explained by Eden Foods, when you eat glutamic acid in real foods, your body controls how much is absorbed. Excess glutamic acid is passed off as waste, not stored in your body. They continue:

“In the chemical MSG manufacturing plant, however, the bound glutamic acid… is broken down or made ‘free of protein’ by various processes (hydrolyzed, autolyzed, modified or fermented with strong chemicals, acids, bacteria, or enzymes, which are often genetically modified) and refined to a white crystal powder that resembles salt or sugar. Chemical MSG contains 78% glutamate, 12.2% sodium, and 9.6% water. This chemical form is known as D-glutamic acid. It usually contains some L-glutamic acid, pyroglutamic acid, and other contaminants. This factory-made version causes serious reactions.

From our research there is no D-glutamic acid, pyroglutamic acid or other contaminants in the protein found in plants and animals, only L-glutamic acid. When pure, manufactured, MSG is ingested a rapid effect occurs from the glutamate. This ‘free of protein’ glutamic acid, or glutamate unlike the naturally occurring ‘protein bound’ glutamate, is not attached to other amino acids. The normal digestive disassembly process does not happen because there are no ‘peptide’ bonds to slow the process. The sudden increase in free glutamic acid is then rapidly absorbed and can raise blood levels of glutamate eight to ten times causing toxicity.”

If you are looking to lose weight, consuming MSG is not a good choice. Upon studying MSG intake and weight gain for greater than 10,000 Chinese adults, researchers found that those who ate the most MSG (~5 gm/day) were ~30 % more likely to be overweight compared to those who ate the least (less than 0.5 gram/day).The researchers indicated that the hormone leptin may be involved in the weight gain, since  those who consumed more MSG also produced more leptin. They also noted that MSG consumption may cause leptin resistance.

How to Ditch MSG and Free Glutamate

It could be tough to determine if a food contains MSG, even though it’s required by the FDA that food manufacturers list the ingredient “monosodium glutamate” on food labels. That is because they do not have to label ingredients that contain free glutamic acid, even though it’s the main component of MSG. The easiest way to avoid MSG is to simply avoid processed foods, fast foods and restaurant food, its main hideouts. To help you check a label, below is a MSG “cheat sheet” that can help you identify it.

These ingredients can OFTEN contain MSG or create MSG during processing:

Are You Trying to Lose Weight? Here’s What You Should Know

If you are keen to optimize your health and lose weight in the process, your best solution is to choose the highest quality foods possible, and eat a wide variety of whole organic foods. To lose weight, you need to:

1. Avoid sugar, processed fructose, and grains if you are insulin and leptin resistant. This effectively means you must avoid most processed foods
2. Eat a healthy diet of whole foods, ideally organic, and replace the grain carbs with:

Intermittent fasting is the most powerful strategy for shedding excess weight, as it will help your body shift to fat-burning mode. It typically takes several weeks to shift to burning fat as your primary fuel, but once you do, your cravings for unhealthy foods and carbs seem to disappear as you’re now actually able to burn your stored fat and not have to rely on new carbs for fuel. Once you’ve addressed your diet, exercise can truly begin to work its magic on your physique and help boost fat loss even further.

High-intensity interval exercises improves muscle energy utilization and expenditure due to its positive effects on increasing muscle mass and improving muscle fiber quality. Further, several studies have confirmed that exercising in shorter bursts with rest periods in between burns more fat than exercising continuously for an entire session. Together with a healthy diet and intermittent fasting, high-intensity interval training (HIIT) will likely be the last piece of the puzzle you need to reach your healthy, ideal weight.

The Secret of Hollywood Stars’ Luscious Hair – Save Your Thinning Hair Without Drugs Now! 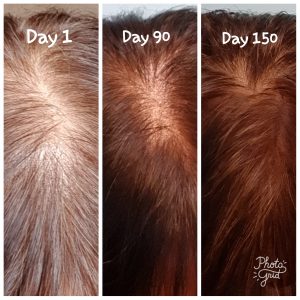 From Around the Web